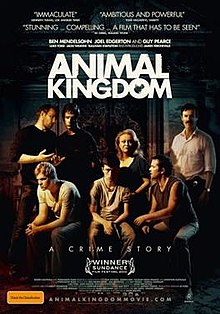 My chum Tim and I watch a film every week, taking it in turns to pick. The only catch? Each film has to be linked to the previous one by a shared actor. We’re on the hunt for classics we’ve missed, hidden gems and films to reappraise now we’re, uh, getting older.

We watched Muriel’s Wedding and it was one of the best we’ve had so far in the CRFC.

Like last time it came down to a binary choice. On the one hand Animal Kingdom (2010), a gritty crime drama. On the other, Children of the Revolution (1996), a comedy about Stalin having an illegitimate Australian heir. I was mainly considering the latter to compare with last year’s excellent The Death of Stalin (plus it seems fairly positively reviewed and has Geoffrey Rush, F Murray Abraham and Sam Neill in). Then I watched the trailer and… it was Animal Kingdom all the way. 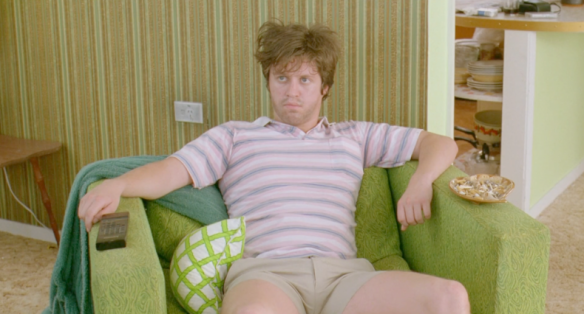 He was one of Muriel’s deadbeat siblings last time, and seems to be something if a mainstay of Aussie film and TV. I’ve not seen him in anything else, but as he’s one of a couple of cast members who could link is to Animal Kingdom, it’s time for a second bite of Wyllie.

Animal Kingdom and me

I’ve always been a bit scared of Animal Kingdom, if I’m honest. I don’t gravitate towards gritty crime stuff at the best of times (there are a LOT of seminal British gangster films I’ve never seen), and this is Australian. And in my head Australian films tend to have an extra layer of grit, an extra twist of the knife. 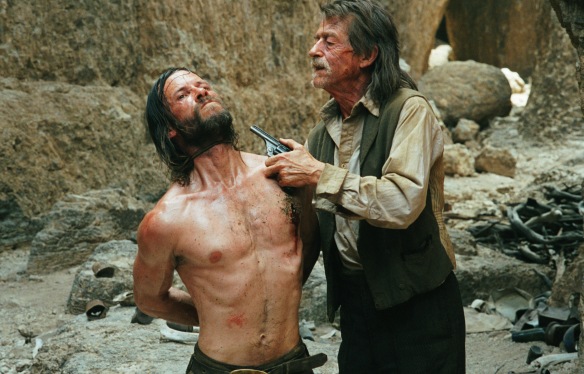 The Proposition always sticks in the mind as an example, but it’s true of the first couple of Mad Max films too (fyi I will not hear a single word against Mad Max Fury Road, but that’s a different topic for another day). Muriel’s Wedding demonstrated this too, tackling topics a UK or Hollywood film about Abba and weddings would not go to. And last year’s It Comes At Night, directed by Animal Kingdom star Joel Edgerton, fits the bill too…

So although I’ve only ever heard great things about it, Animal Kingdom scares me.

A seventeen year-old navigates his survival amongst an explosive criminal family and the detective who thinks he can save him. 7.3 stars.

Well I don’t know what I was so worried about. It’s not exactly a light hearted romp, mind, but there’s a lovely sensitivity to Animal Kingdom that balances out the subject. 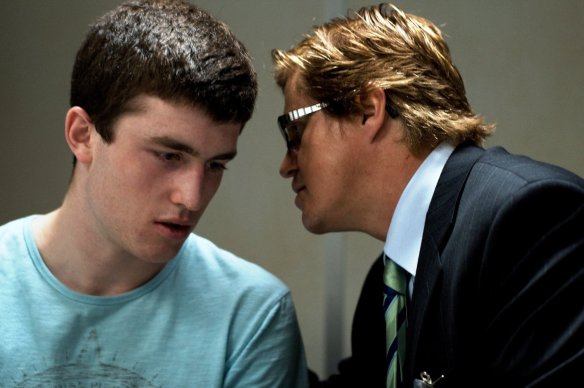 When the opening scene was of J (James Frecheman), a teenager, calling paramedics to attend to his ODed mum, who had died, I’ll admit I felt a little bit justified in my fear. That said teenager is then inducted into his extended family who specialise in armed robbery didn’t help. A family being molested by police who are, by all accounts, itching to shoot first and plant evidence later… 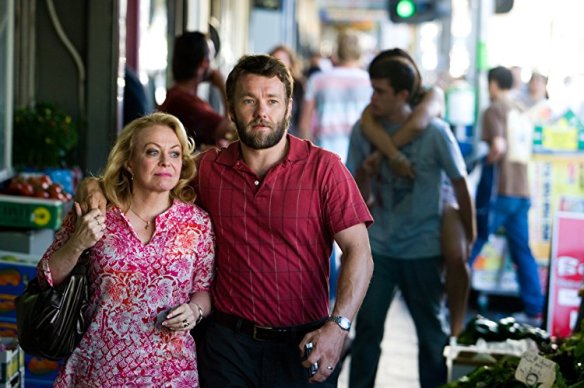 GRIT! SO MUCH GRI- Hang on…

But the violence, when it comes, isn’t lingered on. There’s a spray of blood from off camera here, a gentle panning away there. J doesn’t have to see the worst of it, and we’re not made to either. So J is hauled in for questioning by Guy Pearce’s tired cop we still have sympathy for him holding out. He’s not a saint himself, and the family have shielded him from the worst brutality. 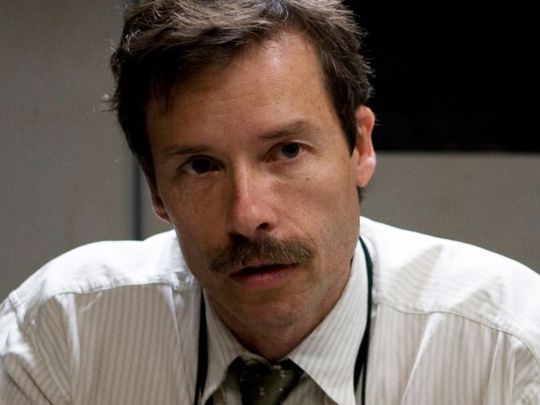 Let’s just pause and have a chat about Guy Pearce for a second. After Memento he was bona fide leading man material. He’s hunky, he’s interesting. And yet he rocks up in strange roles. The weatherbeaten cop here, the tacitern lead in The Rover, Weyland in Prometheus. He hasn’t gone down the star route, whether by choice or the ins and outs of the hollywood system. But he is consistently interesting and just slightly weirder than you expect (without being a stone cold oddball). I think Robert Pattinson might have taken notes from his career trajectory.

Anyway, J’s uncles are a combination of inspiring (cheers, Joel Edgerton), maverick (cheers, whatseryername from the 300 sequel), and creepy (cheers Ben Mendlesohn). His girlfriend’s family are a great contrast, a clear family unit but not saccharine. And over it all Jackie Weaver’s matriarch presides. She’s a Lady Macbeth figure with the hard edges tucked away so far that you forget all about them. And when she brings it, it’s in such a matter of fact style that it’s all so perfectly natural.

I liked The Rover, David Michod’s follow up film, very much too. Critics made loads of smug puns that sort of spoiled some plot stuff, so if you’ve not seen it do give it a watch, but don’t read too much about it first.

I am less scared of Australian films than I was before, but no less impressed.

We could stay paddling around in Australian waters, but with Joel Edgerton and Jacqui Weaver having made a number of international films maybe we won’t… It’s Tim’s choice, so who knows where we’ll end up. 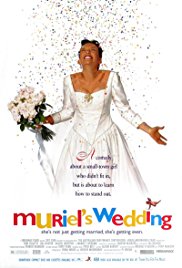 My chum Tim and I watch a film every week, taking it in turns to pick. The only catch? Each film has to be linked to the previous one by a shared actor. We’re on the hunt for classics we’ve missed, hidden gems and films to reappraise now we’re, uh, getting older.

Snogging boys out the back of the Yeoman, confusing feelings for Jamie Theakston, oh and the film Velvet Goldmine. It’s one of my favourite posts in the CRFC saga so far, so please check it out if you haven’t already.

It was up to Tim and he managed to narrow it down to The Dark Knight and Muriel’s Wedding. One we’ve both seen (him repeatedly) but are always up for a rewatch, the other is an Australian film about a lady getting married… So that’s what we picked! 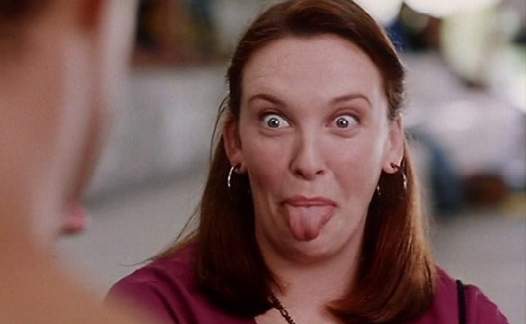 Usually I’d use an image from the previous film here, but I just don’t wanna

Well I didn’t know she was Australian, so it’s true that every day is a school day (though not sure that’s on any curriculum. And, well, she’s fab generally, isn’t she. Whether it’s an off kilter indie or a Hollywood romcom she tends to bring the goods. She’s never been one of those actors I get properly excited about and would see something purely because of (take a bow Allison Janney and Sam Rockwell, alongside whom she starred in The Way Way Back), but I’m usually pleased to see her.

Muriel’s Wedding and me

This falls into the heard-of-but-never-seen category. Some would say that it also falls into the chick-flick category to which I would say a number of things (my wife is studying for an MA in gender studies so I’d copy some long words out of her textbooks), but the upshot would be that I think that’s a singularly unhelpful genre label and normalises the idea that other genres are for men. So. There’s that.

It’s also forever tied up in my head with the film Let Him Have It about the last person to be hanged in the UK, purely because I heard them both advertised on Capital fm around the chart show, albeit a couple of years apart. I imagine they’re quite different. 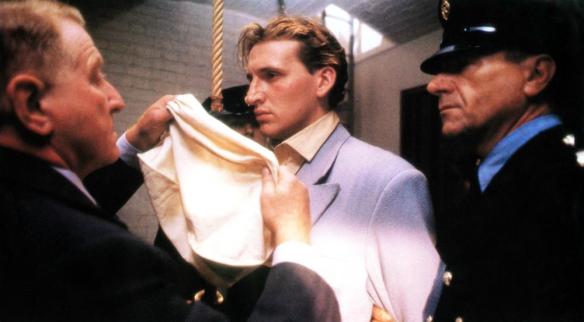 Muriel’s Beheading would’ve been a great pun. If only the UK had employed the guillotine.

A young social outcast in Australia steals money from her parents to finance a vacation where she hopes to find happiness, and perhaps love.

Genres labels are stupid. They come with so many preconceptions for starters. Take ‘goth’ as an example. There’s the black clothing, the make-up, the scowling and the listening to Sisters of Mercy… and while some of that may be accurate (or certainly was for me), that’s never the whole of it.

On a Friday night at the Yeoman (second week in a row I’ve been able to shoehorn that pub in. I’d ask for a commission if they hadn’t closed 18 years ago) our goth gang would gather and drink Smirnoff Ice until we were wobbly. Then on particularly special nights Dancing Queen would come on the stereo and up would go one of our number, up on to a table, and a dancing queen he would be. 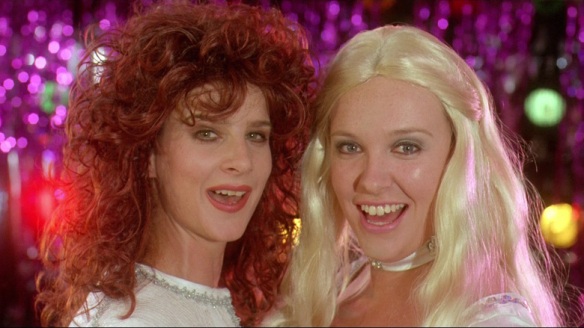 The Kentish Yeoman, Tunbridge Wells, circa 1998. Around 11pm.

Which is to say that whether you’re a goth, emo, hardcore punk, grime obsessive or whatever, Abba know their way around a tune.

So finding out that the backbone of the film was the music of Abba was not exactly off putting. If you’re drunk and Abba are playing and you’re not dancing then you are doing it wrong. Or you’re too drunk and everyone should get out of vomit range.

I’m going to leap into spoiler territory now, but for a film about a wedding-obsessed social misfit looking for love after making a break for the big city, jesus christ does it go to some dark places. My initial reaction as the credits rolled was to say that you could tell it wasn’t an American film. The Hollywood version wouldn’t have the balls and the indie version wouldn’t have the charm. To juggle life-changing disability, suicide, selfish main characters, dance routines and sex slapstick and come out with a coherent charming and moving film is really quite incredible.

Toni Collette’s Muriel goes through the whole standard hollywood character arc in the first act of this, from retiring shrew to ballsy extrovert with a rebellious best friend in tow. And then the film has the nerve to keep going, to show where she goes next and the ramifications of her actions on those around her. Some of them have it coming, some of them not so much. But the film doesn’t pull those punches. 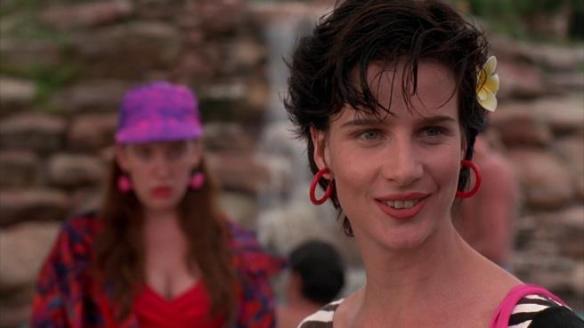 Rachel Griffiths is The Best.

This is one of the earliest credits for both Collette and Rachel Griffiths (as one of cinema’s best best friends) and it is not hard to see why they have both gone on to long successful careers. They are really rather good in it, and work brilliantly together too.

So. It’s a chick-flick. About Abba and weddings. And I loved it. 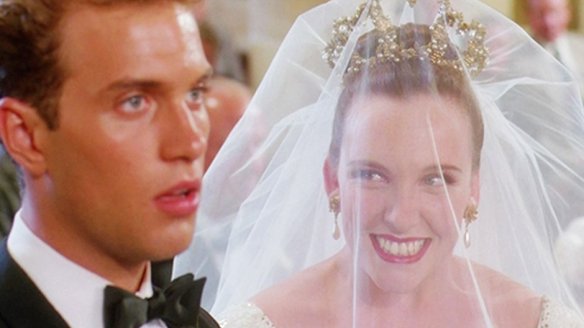 Toni Collette doing an impression of me watching Muriel’s Wedding.

But I imagine that’s apparent.

If you are not on your feet cheering during the Waterloo routine then I put it to you that you are, in fact, dead. 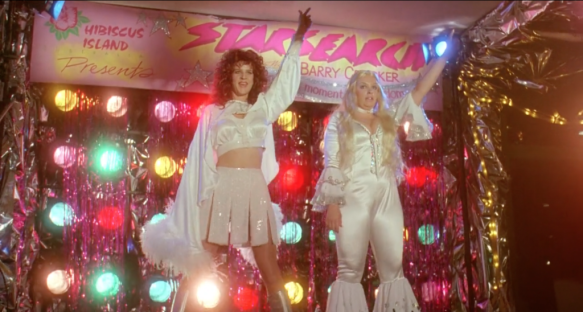 Lots of Aussie actors to pick from, a few of whom have crossed over into American cinema too. I might try and keep it down under for now though, just for a bit of a change.

Narrative in games and new media

On publishing, clients, writing, and queries

How Do You Pronounce Eynon?

Thoughts on being a writer, with a little real life sprinkled on top. (All by a chap with a weird surname)

Never leave anything at home again

Cacophony of thought
What Catherine ate next

What do vegans eat? Find some answers here.

A Good Blog is Hard to Find